I grew up in a small, predominantly white, rural town in Southwest Ohio and we always got the third Monday of January off for school. I never really knew why we didn’t have school on those Mondays and if I asked people why then they would reply, “Because it’s Martin Luther King Day.” The I would ask, “Who is Martin Luther King?”

As time passed and I became and adult I learned about who Dr. King was to a degree. Once in the fourth grade we discussed him for about two weeks and after that it seemed as if he was just a tall tale, like he was brought up around MLK Day, but shortly after MLK Day he was rarely regarded. We never had a ceremony commemorating his achievements in his quest to end racism in our country. The school or community didn’t truly acknowledge him as much as he deserved, maybe because we were a small village and we don’t normally hold big rallies or events unless it involved football or a firework display.

When I came back to Wooster for the second semester of my first year and people told me that classes were cancelled, I knew it was because of MLK Day, but then I was shocked to learn about all the activities that would take place. An opening ceremony that acknowledged Dr. King and his achievements and Dialogues that involved discussions on ethnicity, mental health, and civil rights. I was so surprised by the activities that would take place on this MLK Day that I went to as many of them as I could. I truly learned, not only about who Dr. King was, but about how people felt about him and how they regarded him and his achievements. The experience of the college’s ceremony of Dr. King made me think about the injustices that citizens of this nation have been through and what could possibly be done to ensure that they receive respect and safety.

It’s no surprise that we have still have racism in this country. It never surprised me when students in my school used racial slurs and made derogatory comments about students that were a non-white ethnicity. Is there anything that can be done about this intolerance that takes place in my hometown, so that minorities in my community know that they have value and respect. I thought that we, the citizens of my town, could have our own MLK Day ceremony where we commemorate Dr. King’s legacy and inform people in the community about the hardships that minorities have dealt with since the birth of our nation. Reach out to the schools and have them make civil rights heroes more prominent in classroom discussions. Teach the youth about these individuals to a higher degree. As time passes, citizens will know of Dr. King’s legacy and possibly become tolerant and accepting. These actions won’t end racism in our country, but they sure are a place to start.

My experience with these three pieces was interesting because I began with the Henry Louis Gates Jr. article, “Ending the Slavery Blame-Game”. I was specifically compelled by a paragraph on page 3 that makes reference to the apologetic nature of West Africans reflecting upon their role in northern slavery. Prior to our class discussion of context based on history and even of the writer, I was persuaded that Gates might have had a reasonable argument. He states on page 4 of the article, “Under these circumstances, it is difficult to claim that Africans were ignorant or innocent”.  He had a fair point, or at least so I thought.

Upon reading the Gomez article and watching “Traces of the Trade”, I came to understand that what Gates was trying to argue was not reliable, as it did not take into account the context in which the slave trade was happening. At the time, the slave trade in West Africa looked overwhelmingly different than what slavery in the United States would become. In a sense, West Africans involved in the trade were deceived and manipulated by the wines, weaponry, and other material items that Europeans traded with them for slaves. Gomez closes his article on page 4 by saying “It is difficult to imagine assigning equal culpability to a community fending off the slave trade with the European nations bankrolling and in ultimate control of the entire affair, especially when those European nations were providing the weaponry”.

The Gates and Gomez articles became easier to distinguish and digest in the context of “Traces of the Trade”. When the DeWolfs are in Ghana speaking with a Ghanaian historian, he explains to them that the idea of slavery starting in West Africa is false. He emphasizes that the slave trade in West Africa was nothing new but also that the morals of northern slavery were not in congruence with what was happening in West Africa. We were able to see these differences with Equiano.

Connecting the paragraph from Gates referring to the embarrassment West African leaders felt toward their roles in northern slavery but then the young Ghanaian boy in the film asking Lain De Wolf, “are you not ashamed to be here?” shows that having context and evidence goes a long way in understanding just how invalid a seemingly persuasive argument can be. It also shows how important it is to present reliable information. 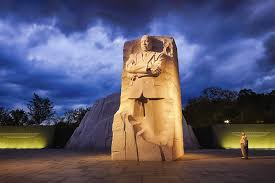 History of Black America is an introduction to African American history, covering periods from the Transatlantic Slave Trade to the present. The objective of the course is to assess watershed periods, such as Slavery in Colonial and Antebellum America, Reconstruction, Jim Crow, the Great Migration and World War I; the Great Depression, World War II, the Cold War, and Civil Rights and the Black Power movements.